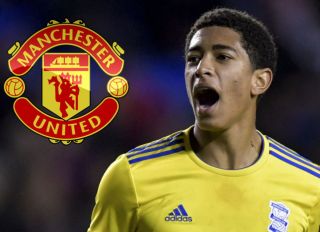 According to the Mirror, Man Utd have offered Birmingham an eight-figure package to sign Bellingham.

Two clubs are said to have made formal approaches for the player, with United being one of them.

But it’s made very clear in the report that Bellingham is in no rush to leave his boyhood club, while Birmingham are under no pressure to sell their talented teenager.

Bellingham, who will not celebrate his 17th birthday until the end of June, only has half-a-season of playing in the Championship. It will be a huge jump to the top-flight and it may just be a matter of picking the right time to move.

Birmingham currently sit 18th in the Championship, so it’s possible that they could get relegated this season.

It is intriguing to read that Birmingham are in no desperate need for the money, despite posting huge losses this week when the club released its figures.

Manchester United are also being closely linked with Sporting Lisbon playmaker Bruno Fernandes this month, as per Sky Sports, but two midfield additions would be a real bonus for Solskjaer.