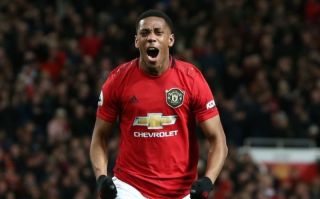 Two goals from Marcus Rashford and one each for Anthony Martial and Mason Greenwood rounds off a solid afternoon for Ole Gunnar Solskjaer and Man Utd.

The Red Devils dominated the game from start to finish and the scoreline reflects exactly that.

As well as the three points, it’s great to see United keep a clean sheet. Everyone knows we’ve been suspect at the back this season but it was a boost having Harry Maguire back from his hip injury.

United played out the final moments of the match in the Norwich half — which shows how they played with confidence throughout, always looking for another goal.

Solskjaer was able to take off Rashford in the second-half (replaced by Daniel James) and we hope the reason was to give him a rest rather than responding to a slight injury. He looked fine as he walked down the tunnel.

Read the tweets below as United fans react to the win on Twitter:

Comfortable for United and a good day for Solskjaer. Goals, points and a clean sheet. Marcus Rashford was outstanding. Turning into an incredible all round footballer.

Finally a clean sheet in the Premier League for Manchester United. #MUFC

Get in United! #MUFC pic.twitter.com/NBOessXgge

All over at Old Trafford, and an absolute stroll for Manchester United this afternoon.

FT | United 4-0 Norwich. Much better in the second-half. Goals from Rashford (2), Martial and Greenwood secure a vital win as United fans voiced their anger at those in charge of the club #mufc

When Matic plays one game a week he puts in good performances. Any more and he’s hopeless

Perfect result and performance as a whole. Always amazing to see a couple of goals and the clean sheet too. Atmosphere at OT was top notch, not been like that in a while. #MUFC