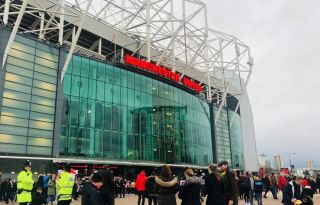 Ole Gunnar Solskjaer has named his starting eleven to face Norwich City in the Premier League.

The Old Trafford faithful are hoping for a better outcome this time out. We haven’t won a game since beating Burnley 2-0 — with defeats coming against Arsenal and Man City, as well as drawing with Wolves in the FA Cup — so there’s extra pressure on the players to get a result today.

And without underestimating our opponents, it’s only Norwich City. We should be beating them today!

There are four changes from the defeat against Man City.

David de Gea starts in goal as expected. Aaron Wan-Bissaka and Brandon Williams will operate from full-back positions, while Harry Maguire returns to the team as captain alongside Victor Lindelof.

In midfield Fred is partnered by Nemanja Matic, with Juan Mata expected to take up the no.10 role.

Andreas Pereira is expected to play on the right but he could interchange with Mata, too.

Marcus Rashford is on the left and Anthony Martial will take up a more central position. The England international makes his 200th appearance for the club

The full line-up can be seen below via @ManUtd: