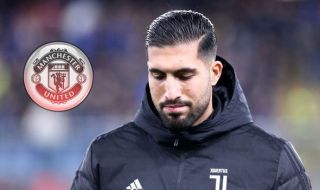 Emre Can has reportedly rejected the possibility of a move to Manchester United amid fears of damaging his reputation with Liverpool fans.

According to Tuttosport, as cited by Sport Witness, the Germany international had been on Man Utd’s radar after struggling to settle in Italy with Juventus.

However, United have already turned their attention away from Can, as per the report, while Can himself has expressed a reluctance to make the switch to Old Trafford.

The 25-year-old left Liverpool in 2018 on a Bosman, with Juventus winning the race for his signature.

Can didn’t leave the Anfield club in the best of circumstances, with reports suggesting that his exit was largely predicted on significant disagreements in contract talks. It seems to be an excuse or stretch of the imagination that he’d turn down a move to United over that lot.

Of course, the prospect of a move to United would have been a risky one for the German, and he would not have been guaranteed a starting role next season.

He didn’t leave much of a legacy behind at Liverpool either.

It turns out that both United and Can came to the conclusion that a transfer wasn’t worth the hassle.