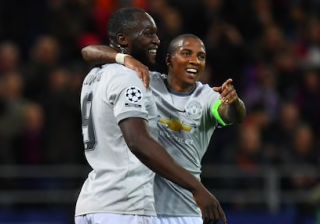 According to Sky Sports, United had offered the 34-year-old a one-year extension on his current deal, with Ole Gunnar Solskjaer keen to keep him for his versatility and experience within a young dressing room.

But, as reported by Simon Stone, Young has turned down the chance to stay at Old Trafford for another season and is instead excited about the prospect of joining Antonio Conte’s Inter Milan.

If Young does make the switch, then he will be reunited with former United teammate Romelu Lukaku, who made the £74m move this summer.

And according to Corriere Dello Sport, as sourced by Sport Witness, Lukaku has been important in persuading Young to sign for the Italian giants.

According to the outlet, Lukaku, who has 14 Serie A goals for Inter so far this season, rang Young up to convince him that Milan was the right destination.

The report claims that despite a deal not yet being close, Young is ‘determined’ to get his move to Italy.

Young would be the third Manchester United player to leave for Inter in just one season after Lukaku and Alexis Sanchez.