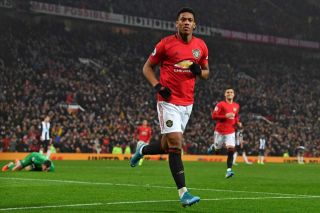 Manchester United have released some early team news ahead of the Premier League game against Norwich at Old Trafford on Saturday.

Ole Gunnar Solskjaer is in need of victory to avoid even more pressure being put on his job, but is again without his two best midfielders in Scott McTominay and Paul Pogba who are still sidelined with injuries.

Nemanja Matic could start against the Canaries after making an impact from the bench in the humiliating Carabao Cup defeat to Manchester City. Fred played almost every minute in the festive period and could be due a rest on Saturday.

Meanwhile, the club have confirmed that Anthony Martial has recovered from illness and will ‘hopefully’ be back available to start up front. The Frenchman made an appearance from the bench against City, and there is no reason why he should not return to the starting eleven against Daniel Farke’s side.

Harry Maguire was considered a major doubt for the derby on Tuesday, and Solskjaer is expected to provide an update on the defender in Friday’s press conference.