Manchester United were awful against Manchester City last night, but this piece of footage shows Aaron Wan-Bissaka in a negative light when people may be less inclined to point out laziness from a new signing.

Watch the video below, courtesy of beIN SPORTS, as the right-back is exposed for lazy defending as he merely jogs back as City break on a counter-attack and score their third goal of the game.

Nahhhhhh look at Wan-Bumsaka jogging back, if that was Trent there would be documentaries made about it😭pic.twitter.com/PsByqR2LIL

Brandon Williams, on the other hand, can be seen bursting a gut to get across his defence but he couldn’t prevent the goal on his own.

It went down as an own goal by Andreas Pereira but there wasn’t many mentions of Wan-Bissaka being at fault last night, when he should have made a greater effort to sprint back to help his teammates.

Everyone puts in a bad performance from time to time, but this lack of effort is inexcusable. Not to mention in a derby.

We’ve come to expect much better with Wan-Bissaka being one of the few positives from an uninspiring season to date.

As you can see from the tweet above, Wan-Bissaka’s poor defending has been acknowledged by a Liverpool fan using the footage to blow smoke up Trent Alexander-Arnold’s backside. When in truth Wan-Bissaka usually defends well and that’s an aspect of Alexander-Arnold’s game that needs improving.

The images below highlight how far he was from the action despite the pace of City’s counter-attack. 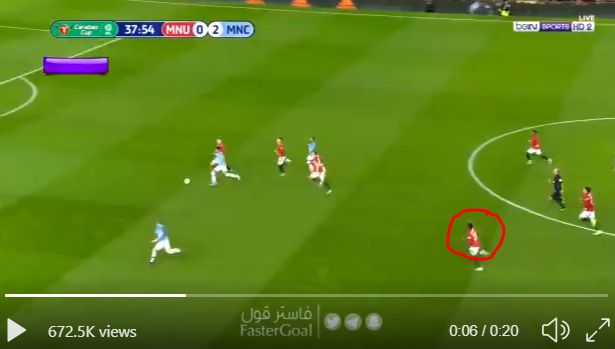 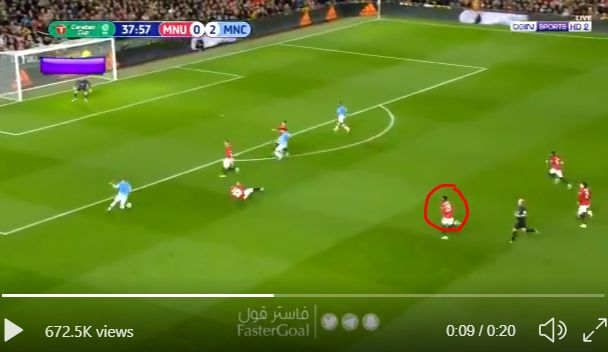 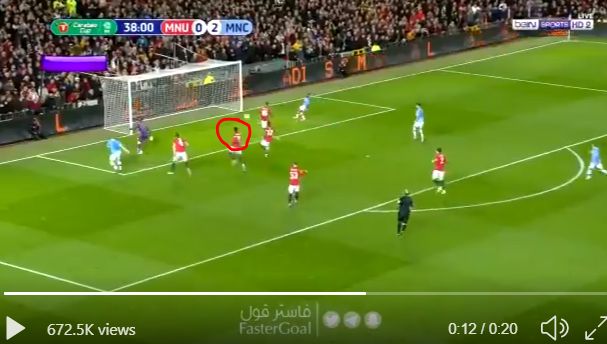 It’s going to be difficult for United to crawl back into the tie after losing the first-leg 3-1.