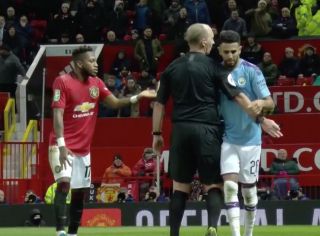 We’ve been guilty of time-wasting but it is super annoying when a rival does it on your home turf.

Man City were winning the match 3-1 with four minutes of normal time remaining and were trying to run down the clock.

Mahrez did what most players would do in that situation as took his time coming off — until Fred decided to offer help on his quest to leave the pitch.

The Manchester United midfielder took no prisoners as he pushed Mahrez towards the touchline.

Mike Dean was quick to react, as seen below (footage courtesy of Sky Sports): 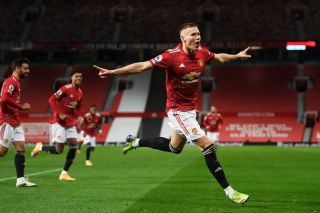 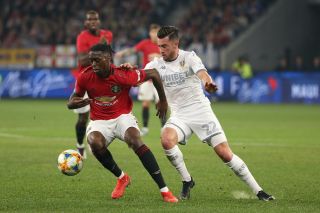