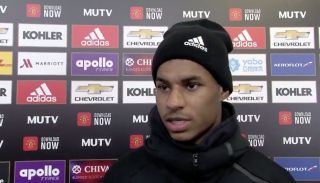 The Wythenshawe lad captained Manchester United lad but said rather maturely that the result is what matters most.

Man Utd go into the second-leg of the Carabao Cup semi-final with a two-goal deficit. That doesn’t read well against the reigning champions.

The performance was abysmal and Rashford says the players expect more from themselves. And so they should, the first-half display was an embarrassment.

Bittersweet to lead out my boyhood team for the first time but lose the game.

Still in the tie and we’ll give it all we’ve got at The Etihad. Thanks for the support. pic.twitter.com/oMm4zKg9rr

Ole Gunnar Solskjaer needs to win a trophy and our hopes of League Cup success this season is fading quickly.

Rashford scored the only United goal tonight, a well-worked one too, but the striker points to David de Gea’s goalkeeping as the main reason we still have a chance of qualifying for the final at Wembley.

De Gea pulled off some impressive saves but couldn’t do anything about Bernardo Silva’s opener from 25-yards.

The focus is now on beating Norwich. 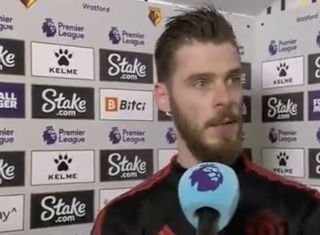