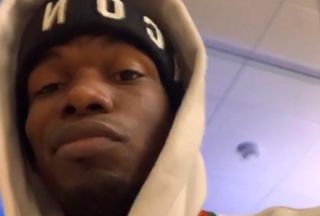 Paul Pogba has given Manchester United fans an update on social media before his ankle operation.

The Frenchman is believed to be ruled out of action for up to four weeks, in another blow for Ole Gunnar Solskjaer who is currently without Scott McTominay.

Pogba has missed the majority of the season with a recurring ankle problem, and Solskjaer confirmed after the defeat to Arsenal on New Year’s Day that he would undergo surgery, after United fans were left confused as to why he was once again left out of the squad.

When he did return the team in cameos against Watford and Newcastle, Pogba looked sharp and made an impression on the team. His brief appearances gave United fans a glimpse of the quality they have been missing in midfield for large parts of the campaign.

But Pogba’s ankle problem now requires an operation and he will hopefully come back stronger next week and remain fit for the rest of the season.