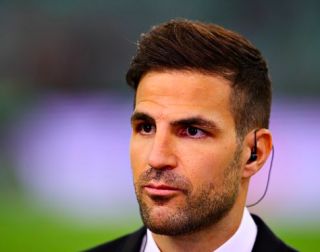 Cesc Fabregas has hosted an interesting twitter Q and A with a number of questions concerning Manchester United.

The Spanish midfielder revealed he had spoken to David Moyes ahead of a potential move to Old Trafford in 2013, but a deal was in fact never close to being completed.

Fabregas is one of the most accomplished midfielders in his generation and we would have loved to see him in a United shirt in his prime, but he eventually joined Chelsea from Barcelona twelve months after United’s official interest.

READ MORE: Cesc Fabregas reveals how close he came to signing for Manchester United in 2013

Fabregas then answered a question on one match in history he wish he had been part of.

He chose the pinnacle moment in most United supporters’ lives; the Champions League final in 1999.

Unfortunately, I wasn’t old enough to remember the greatest night in United’s history, where Teddy Sheringham and Ole Gunnar Solskjaer took the Reds from despair to ecstasy in the final seconds against Bayern Munich at the Nou Camp.

We can only imagine how special it was for United fans in attendance that evening and we’re not surprised Fabregas has chosen the game here.