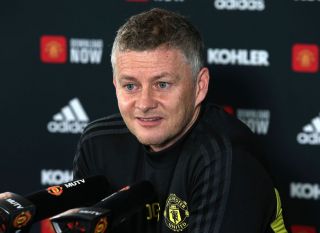 Ole Gunnar Solskjaer has stressed the importance of Jesse Lingard in his Manchester United squad.

The attacking midfielder has come under criticism from large sections of the fan base in recent months, and justifiably so having not registered a Premier League goal or assist for the Reds in over a year.

But the United boss explained Lingard’s credentials that still make him valuable to this United squad, including his pressing game and impressive work rate.

But what is concerning for many United fans is that he is often still seen by Solskjaer as his preferred number 10, instead of a squad player. The Reds lack any creativity going forward and the 27-year-old does not have the quality on the ball that is needed.

The attacking midfield area certainly needs to be prioritised this month, but it appears unlikely that United will sign someone of real quality in the position in a window that is notoriously tough to negotiate in.

Lingard missed the FA Cup third round draw against Wolves through illness, but may return to the starting XI in the Carabao Cup  semi-final against Man City at Old Trafford on Tuesday.

See what Solskjaer had to say about the midfielder below, courtesy of BBC Sport:

Ole Gunnar Solskjaer thinks that Jesse Lingard is working hard to get back to his best. #bbcfootball #MUFC pic.twitter.com/DegUBnkHHk