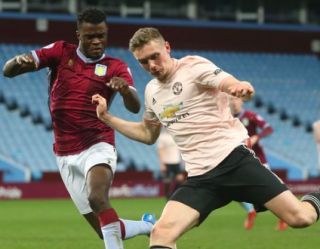 Manchester United youngster Ethan Hamilton has joined League One side Bolton Wanderers until the end of the season.

The 21-year-old will be hoping to make an impression as Bolton look to avoid relegation, reuniting with manager Keith Hill who he worked under at Rochdale earlier this year.

READ MORE:  Man Utd to play Watford or Tranmere in FA Cup fourth round if they win replay

The midfielder has not yet made a competitive appearance for United, but featured in Jose Mourinho’s last pre-season tour with the club to the United States, where he featured against AC Milan.

Ole Gunnar Solskjaer is currently without his two best players in the position with Scott McTominay and Paul Pogba both out through injury.

While we know it is difficult to make deals happen in the January transfer window, United are seriously short in the area and need reinforcements if they are to compete for the Champions League places this season.

We wish Ethan luck on his loan spell at Bolton until the end of the season.

Delighted to have signed with @OfficialBWFC for the rest of the season, can’t wait to get going! https://t.co/miaRoMW3Yd