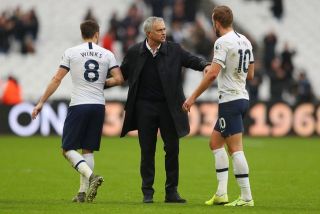 The England international has done really well for Tottenham in recent years, but it looks like he could have a lesser role in the team following José Mourinho’s appointment as manager.

According to The Athletic, this has led to interest from Man Utd and their neighbours Man City, with both clubs looking to strengthen their midfield in the near future.

Whatever about City and their appalling defence of the title, United have needed to improve their midfield for years and we can’t see Ole Gunnar Solskjaer lasting the full season if he doesn’t bring in a good addition or two this month.

The Red Devils have been linked with some similar players, such as West Ham’s Declan Rice — listed recently by GOAL as an option.

Speaking of GOAL, they’ve also linked United with Wolves star Ruben Neves, so it will be intriguing to see if Solskjaer makes a move for one of these in the coming weeks!

The likes of Nemanja Matic and Juan Mata are past their best. Fred is getting better and so is Andreas Pereira, but neither are good enough if United plan to be competing for titles in the future.

Winks would be a decent addition for United’s style of play. 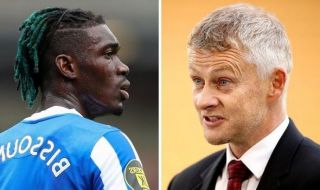