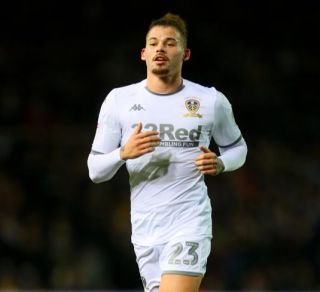 Manchester United fans have been impressed with Leeds midfielder Kalvin Phillips in the FA Cup tie against Arsenal at the Emirates.

Marcelo Bielsa’s Leeds side were by far the superior team in the first-half, often looking like the Premier League side themselves against a sluggish Arsenal.

But Reiss Nelson’s goal in the second-half now means Arsenal are on course for a fourth round tie away to Bournemouth.

Phillips has looked like a player of real quality this evening; dictating play well in the first-half in central midfield.

The 24-year-old looks really comfortable on the ball in possession and not fazed by facing top opposition. He has also broken up play well to begin Leeds counter-attacks.

A report from the Daily Star has claimed United are interested in signing Phillips, who has been one of the standout stars in the Championship this season.

It is claimed his price could rise as high as £40m, with Arsenal and Aston Villa also eyeing the midfielder.

There is no secret that Ole Gunnar Solskjaer needs to boost his midfield options this month and Phillips could be a potential left-field option for the Reds.

Some United fans on social media have reacted to Phillips’ performance:

Kalvin Phillips for Leeds in the first half against Arsenal in the #FACup:

Kalvin Phillips won't be a bad fit for #MUFC.

I'd take Kalvin Phillips at #mufc

First time watching Kalvin Phillips he looks class, bossing the midfield. Worth the hype for sure. Would take him at United 🔴 #mufc pic.twitter.com/ZuEr3GaheH

That Kalvin Phillips looks like a Decent player… Easily as good, if not better than Rice or Winks #mufc #ARSLEE #FACup

Said it a few times recently, #mufc could do much worse than buying Kalvin Phillips, looks better every time I see him