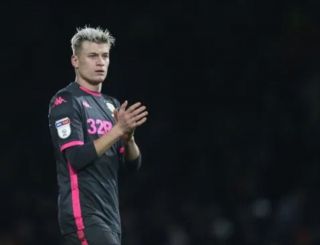 Championship leaders Leeds United fancy their chances against teams like Arsenal and Manchester United, according to winger Ezgjan Alioski.

Marcelo Bielsa’s in-form Leeds travel to the Emirates on Monday evening to face Arsenal in the FA Cup third round.

The Gunners are currently tenth in the Premier League after beating Man Utd 2-0 on New Years Day. It’s a bit early to say they look revitalised under new manager Mikel Arteta, but they’ll hope to make it consecutive wins with a victory over Leeds tonight.

Leeds won’t fear Arsenal judging on what Alioski had to say before the match. He also thinks they are capable of beating the current United team.

Looking ahead to their trip to the Emirates, the 27-year-old said (via the Metro): “It’s a nice stadium, it’s a big club, but it’s not so special to go there because it’s Arsenal.

“You have some players who think like this, but it’s not enough to think ‘Wow, it’s Arsenal’, because we are also a good team and we want to show it.

“I see the result versus Manchester United, but this United, even we can beat them. This is a cup, it’s different.

“The difference is that they’re [Arsenal] in the Premier League, we are in the Championship, and it’s nice to go there and show them who is Leeds.

“If we are in the Premier League, Leeds are going to be one of the biggest clubs, like I know they were before.”

Leeds came close but failed to secure Premier League promotion last season. Bielsa decided to stay and push again and they look on course to do it this time around.

They’ve lost just four times this season and are nine points clear of third-placed Brentford in the Championship.

We don’t really care about how the game goes tonight.