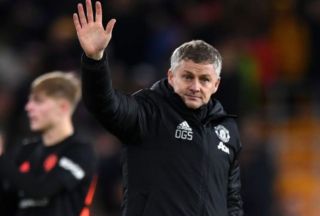 The Red Devils boss gave a heated reaction to comments from the club’s former striker Robin van Persie, who said he needs to show more anger on sidelines to get his message across in difficult situations.

That assessment came after United’s disappointing 2-0 loss to Arsenal in the Premier League on Wednesday.

Then it was to Wolves for the FA Cup third round as Solskjaer watched his side toil to a 0-0 draw and afterwards he again answered questions over his approach, as per Viasport (h/t Metro):

“There are different ways to motivate and inspire players, and I do not always believe in scaring them to play better. After all, we are in 2020.

“I like my behaviour, my personality and my values. I stand by them. It also works closely with the players, the dialogue is good. There are many people who do not know how it is behind that door in the dressing room. Sometimes you are tough, sometimes you give players a pat on the shoulder.”

Here’s what Van Persie had to say about Solskjaer:

“Just be angry. I see him smiling after a game like that, now is not the moment to smile.”@Persie_Official wants to see a mean streak in Ole Gunnar Solskjær after Man Utd suffer defeats. pic.twitter.com/NeXbLngppH

Solskjaer was asked about the comments at the end of his pre-match press conferenced and made it clear he wasn’t pleased with them:

Ole Gunnar Solskjaer has hit back at Robin van Persie’s criticism of him 👀#bbcfootball #mufc pic.twitter.com/HucwpitCQg

United continue to be blighted by inconsistency this term as they sit in fifth place in the Premier League, five points behind Chelsea in fourth.

Although a number of players were missing for Saturday’s cup tie, Solskjaer will be disappointed with the overall performance, with United failing to record a single shot on target.

0 – Manchester United failed to direct a single shot on target in a domestic league or cup game for the first time since January 2015 vs Southampton in the Premier League. Barren. #FACup pic.twitter.com/E8HFv2RWNg