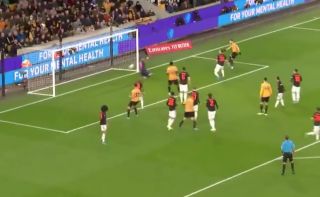 Sergio Romero to the rescue!

Standing in to replace David de Gea for the day, Romero got his performance off to a flying start with an important close range save in the opening stages of Manchester United’s FA Cup third round tie versus Wolves.

The Argentine did well to react as he palmed the ball away to his right side.

United have had a mixed start to the game thus far. It looks like another affair that will see them struggle to break down the opposition.

Watch Romero’s important save below, courtesy of BT Sport.

What a save from Sergio Romero 🚫

Lightning reactions from one of the best 'backup' keepers out there 🙌 pic.twitter.com/7ucpgEmUIT

The Red Devils need to make more of their possession in the final third and try to find Mason Greenwood inside the box. Once he has a clear range on goal they’ll be feeling the pressure.