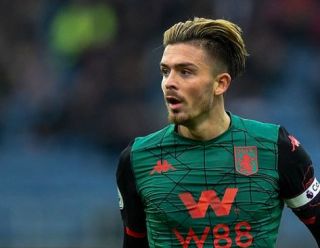 Manchester United’s need to strengthen in creative areas in this January transfer window is glaring.

The Reds are without Paul Pogba for a further month after Ole Gunnar Solskjaer confirmed he is to have an operation on his ankle, and no other player is filling the number 10 role adequately.

Andreas Pereira has been given a number of chances and while he offers a relentless press, his quality on the ball is simply not there.

Jesse Lingard is similar; he has now not scored or assisted a goal for the Reds in over a calendar year and it is alarming that he is still seen as perhaps the best available option for the United boss.

We looked at three possible creative midfielders United could look to sign this month.

Maddison has been key to Leicester’s rise to the Champions League spots this season. He is a wonderful set piece taker and has operates well in between the defence and midfield. The 22-year-old has the talent to become the future of England’s midfield, but with Leicester so well placed and having no reason to sell, it would take an extraordinary offer for him to move to United.

A player with genuine star quality. The Aston Villa captain has scored six goals and has five assists to his name this season. He scored a sensational goal against the Reds in the draw at Old Trafford this season and is Villa’s realistic hope for survival. But every player has a price and if Grealish has ambitions to make Gareth Southgate’s England squad for the summer Euros, he may be better off getting a move this month. He would also likely be a significantly cheaper option than Maddison.

According to the Atheltic’s Laurie Whitwell, Havertz is a genuine target for the Reds. The Bayern Leverkusen playmaker is seen as one of the most talented prospects in the Bundesliga. Havertz is technically flawless and has a great eye for a pass. It is inevitable that he will command a high price but he is the type of young player United certainly should have ambitions to sign this month.