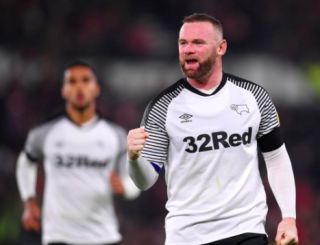 We know Manchester United are currently depleted in midfield, but we’re not sure about this…

Former Arsenal forward Perry Groves has claimed the Reds would be better off with club record goalscorer Wayne Rooney in midfield.

Groves compared Rooney to Paul Scholes in his style of play as a more deeper lying playmaker in the twilight of his career.

Rooney, 34, played his first match for Derby County last night against Barnsley where he played a part in both goals in a 2-1 win. He joined the Championship side in a player/coach role from MLS outfit DC United as he looks to forge a way into management.

The five-time Premier League winner impressed on his debut for Derby,  prompting presenter Andy Goldstein to ask Groves whether he could still do a job in midfield at Old Trafford.

“Yes undoubtedly, he would, 100 per cent,” he said on TalkSport

“He reminds me of Paul Scholes. He used to be a player who got in the box, then as he got older he had to drop a bit deeper and started being the playmaker.

“Rooney can do that in a heartbeat. He would improve United, 100 per cent.”

While Rooney is a United legend, his powers were fading when he left Old Trafford three seasons ago. Perhaps the fact the question is even mentioned whether he could have an impact is testament to how weak Ole Gunnar Solskjaer’s midfield options have become. 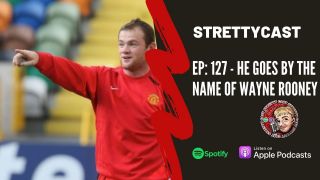