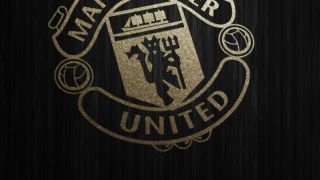 We all felt the blow after Manchester United came up short against Arsenal, losing 2-0, despite going into the game on the back of two league wins and Arsenal without one in five .

But as ever, there’s always someone in a worse position!

Kenyan media outlet Tuko has covered a story concerning a man in Kawangware, Nairobi, who came home early after the match to find another man in bed with his wife.

The man with his wife was a neighbour — someone he likely felt was trustworthy.

A neighbour named Moses Kiptoo gave Tuko some background on the story: “The husband is [a] Manchester United die-hard fan, he goes to watch football with his friends and arrives home late. He arrived home early today following the [sic] Manchester United’s 2-0 loss to Arsenal in the English Premier League only to find his wife being munched by Momanyi their immediate neighbour.”

What a terrible discovery to find after what was already a bad day!

It sounds like Nicolas Pepe and Sokratis Papastathopoulos weren’t the only ones to hammer home that evening!

Why the media outlet felt the need to namedrop United, we’re unsure of – but hopefully we’ll be able to score as well as the neighbour in the coming weeks.