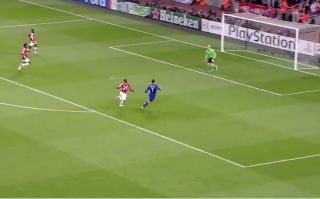 Manchester United are a counter-attacking side under Ole Gunnar Solskjaer. There are faults and positives to this, hence why our results have been so inconsistent this season.

The Red Devils tend to do well in the bigger games because better teams are more likely to come out and have a go rather than sit back with a low block. Nowadays the lesser teams can sit back knowing United struggle to break down teams unless it’s on the counter-attack.

Man Utd go into tonight’s game looking to build on two connective Premier League wins when they beat Newcastle United and Burnley while Mikel Arteta, who replaced the sacked Unai Emery, is out for his first win as Arsenal manager.

The former Man City coach did come close to securing his first three points against Chelsea last weekend only for two goals in the last seven minutes gave Frank Lampard’s side the win.

Tammy Abraham scored after a fast break and Arteta won’t want to see his players give United the same chance.

“The second goal that we conceded was in a transition where we had a bad structure and organisation when defending big spaces with equal numbers,” Arteta said as per GOAL.

“We made half-bad decision and these things are similar, with space they [United] can punish you for sure.”

Arsenal fans will be expecting a response from their players. It won’t look good if Arteta goes three games as manager without a win. But these are early days and that Arsenal squad requires serious investment.

We fancy United’s chances against this Arsenal defence — even if it comes to having to break them down — so here’s a throwback to one of MUFC’s best counter-attacking goals, and it happens to be against the Gunners in 2019.

It starts with Cristiano Ronaldo in our own half and then to Park Ji-sung. Wayne Rooney is then found on the left flank before playing Ronaldo in for a superbly worked goal, as seen below:

Throwback to one of United’s great counter-attacking goals.

Ronaldo to Park ✅
Park to Rooney ✅
Rooney to Ronaldo ✅