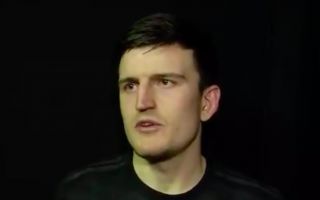 Harry Maguire admitted Manchester United simply weren’t good enough as they fell to a 2-0 defeat against Arsenal at the Emirates.

The Reds had the opportunity to go within two points of Chelsea in the Champions League places, but were abysmal on the night and deserved the end result.

Maguire, who was at fault for Nicolas Pepe’s goal to give Arsenal the lead, said United could not match the intensity of their opposition and were second best in the first-half in particular.

While United were facing a rejuvenated Arsenal side under Mike Arteta, they failed to capitalise on their existing frailties and lacked penetration even when they improved in the second period.

Solskjaer’s Reds must bounce back as they face Wolves at Molineux on Saturday in what promises to be a challenging third round FA Cup tie.

Hear what Maguire had to say after the game, courtesy of BT SPORT: