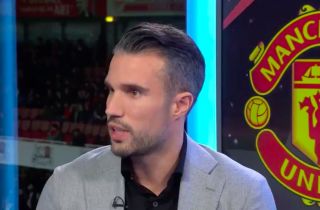 Paul Pogba’s absence from the Manchester United squad to face Arsenal at the Emirates this evening has prompted a huge reaction on social media.

Ole Gunnar Solskjaer had claimed that the Frenchman was set to be available for the game in his pre-match press conference. But he has now confirmed that he will be ruled out for for a further ‘few weeks’ after having trouble with his ankle.

Many United fans on social media are not convinced, with suggestions that the fact he is not in the squad again could be an indication that he will leave Old Trafford this month.

United greats Rio Ferdinand and Robin Van Persie are in the BT Sport studio for tonight’s game and have weighed in on the Pogba debate.

Van Persie believes the midfielder should come out publicly and clarify his future, whether its committing to the club or revealing his position that he wants to leave.

See what they had to say below, courtesy of BT Sport:

💬 @rioferdy5 "It's frustrating because he is a talented player."

💬 @Persie_Official "It's a bit mysterious to me."