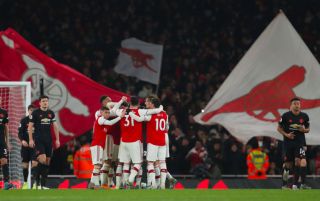 Manchester United’s 2-0 defeat against Arsenal was almost like a revert back to type.

A flashback to the performances against Watford, West Ham and Newcastle; United lacked any energy or urgency, instead watching the game pass them by.

Things could have been worse with United fortunate to go in at half-time just two goals down. We acknowledge that the performance levels raised slightly in the second-half but that was to be expected after what we saw in the first 45 minutes.

United still lacked penetration and could not find a way to break down one of the worst defences in the Premier League.

Questions will be asked of manager Ole Gunnar Solskjaer after the result, with United’s striking inconsistency laid bare after encouraging performances against Burnley and Newcastle.

The Reds face Wolves away on Saturday in the FA Cup, and United fans are hardly going to be feeling optimistic going into a fixture where they have a poor record in recent years.

Fans were understandably angry at this evenings performance, and vented their frustrations on social media after the game.

Not fair to point blame at one or two players after tonight’s game. They all did their best impressions of the Paul Pogba disappearing act.

#MUFC’s creative options are abysmal: Jesse Lingard, with zero goals and assists since 2018, who was replaced by the persistently underwhelming Andreas Pereira. A great attack is being starved.

I’ll say it just the once and with a heavy heart as I love the bloke, but Ole isn’t the right manager.

He’s trying to protect the club with his positive front, but he isn’t going to take the club forwards with this approach.

It’s all too messy. Basics aren’t even right yet.

This one is on the players. They weren’t up for it in the first half. Too slow, too passive, made it far too easy for a vulnerable Arsenal team to gain confidence. Not learning. #mufc

Solskjaer has won some big matches during his year in charge. Bottom line is that he’s out of his depth and not good enough to be manager of #MUFC. Persistence with him looks like a cost saving exercise. It’s as simple as that.

Awful night for United. Actually bullied by Arsenal(!) in the first half, no imagination to create any clear openings in the second. David Luiz looked like Franco Baresi. Squad desperately in need of reinforcements that probably aren’t coming any time soon.

Dreadful first half, slightly better 2nd half but still nowhere near good enough. The games Utd have lost this season are almost always for the same reason, a reason that was obvious in the summer yet the club choose to do nothing about it and are still choosing to ignore it. 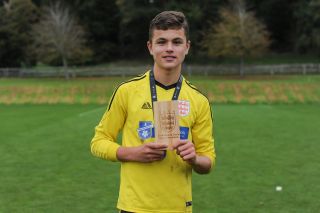