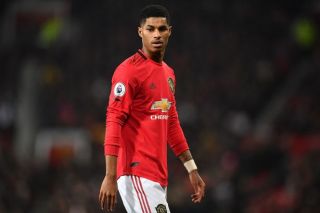 Marcus Rashford has won Manchester United’s player of the month award for a consecutive month.

The England international pipped Fred to the award with just a three-per-cent margin (150,000 votes counted for) from supporters on ManUtd.com. Mason Greenwood was also up for the award.

Rashford maintained his sensational form from November and had adjusted to life brilliantly on United’s left-side of attack. He scored six goals from eight appearances in December.

For all the criticism he got at the beginning of the season, you can see the different Anthony Martial’s return from injury made to Rashford’s game. Their understanding has been evident over the past month.

We won’t forget his brace against Tottenham in the 2-1 win as José Mourinho returned to management after being fired by Man Utd just over a year ago.

He was also among the heroes from United’s win over Man City at the Etihad.

Fred’s nomination highlights his improvement over the past month, although Scott McTominay will be a huge loss to the Brazilian, with the academy graduate likely to miss January with an injury sustained on Boxing Day in the 4-1 win over Newcastle United.

Greenwood, too, deserves plenty of recognition himself. At the beginning of the season he got some minutes but Daniel James occupied the right-wing for the most part. With Greenwood taking his tally for the season to eight, Ole Gunnar Solskjaer now has a decision to make when naming his team most weeks.