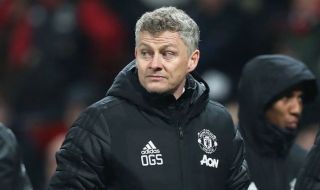 Manchester United travel to the Emirates tonight to face Arsenal in the teams’ first Premier League fixture of the 2020 but Paul Pogba did not board the train to London with his teammates.

That’s according to the Manchester Evening News, who claim Pogba was not with the squad that boarded their London-board train at Stockport Station.

But when asked if Pogba would be available to face the Gunners, Man Utd manager Ole Gunnar Solskjaer replied: “Yeah, I would think so.”

However, the France international has not started a game since the reverse fixture with Arsenal on September 30.

Obviously, it’s a blow for United being without Pogba for a big game like this one, and Scott McTominay as well.

The Scotland International picked up an injury against Newcastle on Boxing Day and he’ll be a greater loss tonight — being, without question, the team’s biggest influence this season.