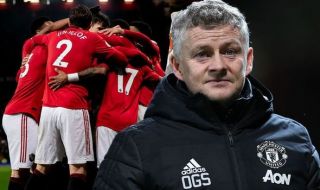 The Red Devils look set to make it three successive Premier League wins after beating both Newcastle United and Burnley over the past week.

On the other hand, Arsenal haven’t won a game in five and new manager Mikel Arteta will be hoping for a reaction from his players after conceding two goals in four minutes and losing 2-1 against Chelsea in their previous outing.

Paul Pogba did not travel with the squad to the Emirates, therefore, will not be involved at any point of the game.

The other big headline from the starting line-up is Jesse Lingard starts. He will be looking to add to his already impressive account against Arsenal.

David de Gea starts in goal with a defence made up of Aaron Wan-Bissaka, Victor Lindelof, Harry Maguire and Luke Shaw.

It looks like Solskjaer is going for a 4-2-3-1 formation with Fred and Nemanja Matic operating in a midfield pivot.

That leaves Lingard with enough support on the flanks to provide Anthony Martial up front.

Expect Marcus Rashford and Daniel James to cause havoc out wide.