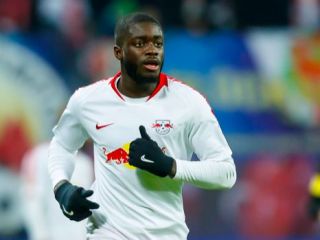 Dayot Upamecano’s agent has revealed just how close the defender came to joining Manchester United in 2015.

The RB Leipzig star has been linked with a host of top European clubs this year. According to the Mirror,  Arsenal are interested in the 21-year-old with a potential January move on the cards.

But Upamecano’s agent Thierry Martinez has explained just how close United came to signing the youngster for just £2m four years ago.

“An intermediary met with us, but between the project she presented us and what was actually going to happen,” Martinez told So Foot.

“A flat was promised, but that changed to a host family with only six return trips for his parents.

“When you uproot a player at such a young age, that isn’t enough.

“I wanted Dayot to have a stable emotional balance off the pitch.”

It’s a shame we didn’t get to see Upamecano develop at Old Trafford as he is regarded as a highly talented defender in the Bundesliga.

However, United are not short in central defensive options at the moment following Harry Maguire’s summer arrival. The England international is building a promising partnership with Victor Lindelof, with academy graduate Axel Tuanzebe waiting patiently for his chance.

Eric Bailly is also back in full training after suffering a serious knee injury in pre-season against Tottenham.

Ole Gunnar Solskjaer’s side face Arsenal at the Emirates on New Years Day as they look to make it three consecutive league victories.