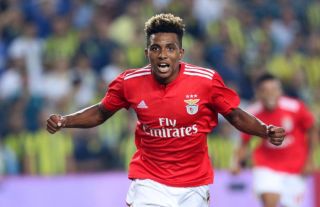 The 20-year-old is thought to have fallen out of favour with manager Bruno Lage and has not featured in Benfica’s last seven games.

Representatives of the Portugal international have reportedly been in the UK trying to negotiate a loan deal with a £34m option to buy with clubs said to be interested.

The report adds that Fernandes has a release clause of £120m — which is a lot for a player not currently getting games, so maybe Benfica have come to terms with that and will accept less.

Fernandes certainly fits Ole Gunnar Solskjaer’s player profile being just 20-years-old but I would be wary of signing a player who will leave his present club under a grey cloud after falling out with management.

That’s the last thing Solskjaer needs right now so the club should do background checks on the youngster.

It would make sense for United to sign Fernandes on loan for the remainder of the season to see if Fernandes is cut out for the Premier League.