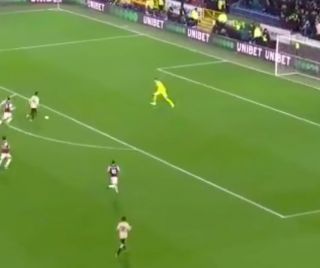 Marcus Rashford has sealed Manchester United’s victory with a breakaway goal late on against Burnley at Turf Moor.

The Reds were resilient in the closing stages, dealing well with the anticipated aerial bombardment from the home side.

Burnley were susceptible to the counter-attack in the final minutes as they pied numbers forward, and the Reds finally punished them to seal their second consecutive victory.

Daniel James, who has been excellent all evening, slotted the ball through to Rashford.

Marcus Rashford seals the three points on the counter-attack! ⚽️

The Red Devils are now one point off fourth… pic.twitter.com/yZoW7JGHzi