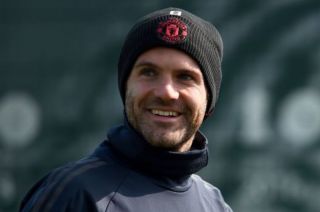 Christmas time for many of us is about giving presents to our loved ones.

Well, based on Aaron Wan-Bissaka’s Instagram account, Juan Mata is a considerate bloke who wants to steer his younger teammates in the right direction.

Earlier this year Mata released his autobiography, Suddenly A Footballer — My Story, and he thought it would be make for a good gift for at least one of the younger players in the squad.

He may not have the legs he once had, which is most important to us as football fans, but the Spaniard is a good head to have in the dressing room — based on how he carries himself as a professional.

Mata is one of the senior pros in Ole Gunnar Solskjaer’s squad and players like Wan-Bissaka should look to learn from those who have been successful in their careers.

Gary Neville recently urged Solskjaer to play Mata as he could be the solution to our tactical struggles this season, as per Four Four Two.

Along with the book, Mata wrote a warm message for the receipant on the first page. It can be seen below (pictures via Wan-Bissaka’s official Instagram account):