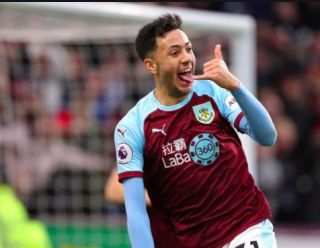 Ole Gunnar Solskjaer’s side will be confident they can build some momentum against Burnley after a convincing display against Newcastle. But given the inconsistency of United this season, we remain cautious as the Reds could face familiar problems in breaking down a well organised and stubborn Sean Dyche set up.

We caught up with Burnley columnist for the Lancashire Telegraph Andrew Greaves, who gave us his thoughts ahead of the fixture.

Burnley are four points behind United but just six points off the relegation zone. How would you sum up the Clarets’ season so far?

It’s been a bit of a strange one really. Obviously compared to last year it’s miles better and we’re pretty much halfway to the target for safety so that’s good. But we’ve had a few spells where we’ve shipped goals and not put in the performances we should so it’s been a bit inconsistent. The Premier League is a bit of a strange division this year (aside from Liverpool) with freak results all over the place. Most teams need to be more consistent and none more than us. We did OK at Everton on Boxing Day but we lack a bit of creativity at times going forward and that’s what is holding us back.

Who are the main threats that United should be cautious of in Saturday’s game?

Dwight McNeil is the obvious one. He’s only a young lad but he’s been superb for the most part. He didn’t have his best game at Everton and you might even suggest he could have done better in the build-up to the Everton winner but he’s still learning and we shouldn’t be too critical.
The ‘regular’ front two of Barnes and Wood can cause problems for defences and have a great record of goals when they play together (it was 12 in 12 starts when they both played a couple of weeks ago). The United defence is susceptible to being bullied and Barnes is the biggest bully of them all – a proper old fashioned centre forward!

Dwight McNeil is a name that has been mentioned as a possible attacking option for Ole Gunnar Solskjaer in January. Just how good is the 20-year-old winger and do you think he’d be ready for such a big move?

I genuinely think the sky is the limit for him and I’m sure it won’t be long before he gets a full England call-up which is the next natural step. In terms of a big money move in January, I’d probably say – a bit selfishly – that he’d benefit from another half a season with us before a move. I’ve no doubt whatsoever that he can make it at a team like United but we shouldn’t be rushing him. My only word of caution in terms of a move to United might be whether he’d fit into the system that Ole plays. He’s very good in a traditional 4-4-2 and if you had someone wanting balls into the box he’s your man, but that’s not quite the way United play so he might get a bit lost.

Christmas is silly season and it really depends which Burnley side turn up (and which United side!) but I think I’ll go for a festive draw – 2-2.