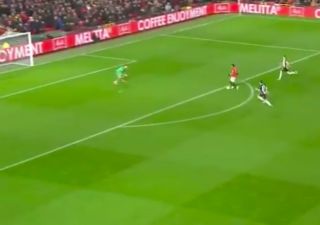 Steve Bruce’s side were once again the architects of their own downfall as they gifted United possession before Martial scored his second of the evening.

It had looked as if the French forward had overrun the ball but he poked home over despairing Newcastle ‘keeper Martin Dúbravka.

Newcastle had taken a shock lead through Matty Longstaff after an abysmal United opening quarter. Martial equalised shortly after and United are now on fire going forward after Greenwood and Rashford had given the Reds a comfortable lead.

The Reds have been clinical and look dangerous every time they go forward.

Anthony Martial at the double

The Frenchman picks up on another stray back-pass and finishes with a cheeky chip#PLonPrime #MUNNEW pic.twitter.com/ZWqGDKfrhD