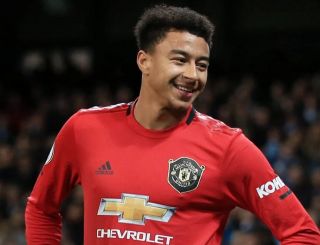 Jesse Lingard has said that mentality has played a role in Manchester United being unable to do well against weaker opposition.

It’s been the story of our season thus far. We have no problem beating teams in the top six, but struggle to do the same to sides lower the table who you’d expect United walk over.

But maybe that’s part of the problem. The players believing games will be walk over.

How many times must we drop points to these teams before the lads learn from their mistakes? I mean, complacency shouldn’t be hard to tackle when you see where we are positioned (8th) in the Premier League table.

A lot of this comes down to Ole Gunnar Solskjaer’s motivation techniques but let’s not get silly. No-one should need extra motivation to play for Manchester United – and a lot of these lads will make every excuse under the sun to make up for not being good enough.

Lingard said that mindset one of the reasons behind United’s performances against weaker teams. As quoted by The Sun, the 27-year-old said: “It’s strange. Maybe it’s a mindset thing. Maybe it’s our mentality going into the match thinking we’ve already won the game. If we keep the consistency and mentality we had against City and Tottenham, I don’t see why we can’t win every game.

“It seems like our mentality changes. To keep that consistency throughout the rest of the season when we come against the mid-table teams, we need to have the same mentality that we did going into the City and Tottenham game. When we start with energy and on the front foot, we’ll; cause team problems all day long.”

Next up for United is Newcastle on Boxing Day and it’s another one we should be winning, but you never quite know with United this season and Ole Gunnar Solskjaer needs to find a way to pick up results consistency or his job will come under threat.

A win could see United rise into the top six – depending on fixtures elsewhere.