Manchester United are entering the 2020s in an identify crisis under Ole Gunnar Solskjaer.

The Norwegian is clinging on to remain United boss as we enter a new year. There doesn’t seem to be any immediate plans for his sacking, but if results don’t pick up the inevitable will happen.

One week we’re beating Tottenham and Man City, the next we are drawing with Everton and losing against Watford.

The last decade started great with Sir Alex Ferguson in charge but everything went downbeat once he retired and we’ve not won a Premier League title since.

Gary Neville’s team of the decade 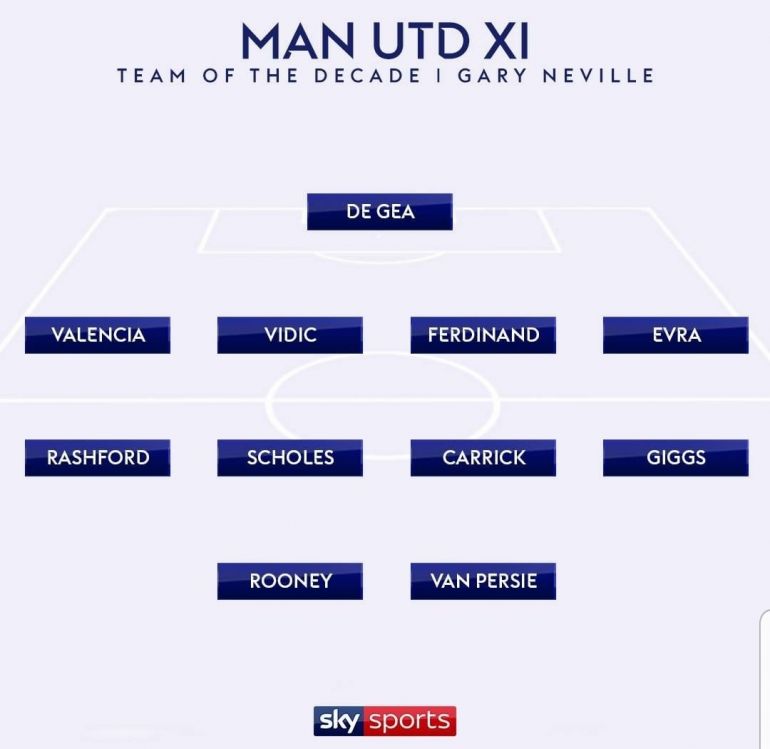 Neville went for the same XI as we did, albeit in a different formation (4-4-2) with Rashford positioned on the right-wing rather than a more advanced role in a three-prolonged attack.

There’s no room for Zlatan Ibrahimovic because he only spent a solid year at the club. Although the same could be argued about Van Persie, the Dutchman stayed longer and won us a Premier League title.