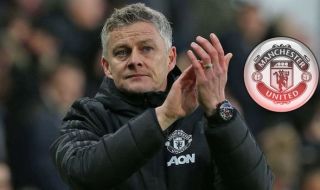 With results being so inconsistent, it’s hard to see Ole Gunnar Solskjaer getting the time to show us all his long-term plan for Manchester United.

Something needs to change and that could mean bring in some short-term players with strong mentalities to give the rest of the squad a boast.

We run out of ideas. The players look lost.

It would make sense that Solskjaer might want to bolster his attack in January.

A recent report from The Express has quoted some comments from former United right-back Paul Parker, but it seems he wants the manager to put his long-term plans aside for the moment and go for a short-term fix up front.

The player he points out is Mario Mandzukic who has been linked to United for a few months, although speculations has gone quiet of late.

This is what Parker had to say about the prospect of Mandzukic joining United: “If you’re talking about someone who’s just going to come in, be a focal point, be aggressive, and hold the ball up — earn your fouls, rather than the ball coming straight back — then yes. But you’ve got to have good ball retention as well with him.”

Mandzukic turns 34 in the new year and hasn’t played football all season at Juventus.

It will take him time to reach full fitness and adapt to the English game, but by the time that happens the season could be over.

Even in the short-term it wouldn’t be worth it.