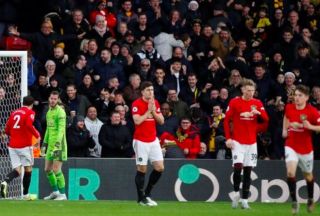 The Reds were sluggish and passive throughout, and an alarming lack of urgency was again obvious against a team sitting rock bottom of the Premier League table.

Solskjaer’s side failed yet again to capitalise on an opportunity to reduce the gap on the top four, but instead now sit eighth on the same number of points as Steve Bruce’s Newcastle United.

And according to a report from the Metro, United players were sat in ‘stunned silence’ after their latest poor result at Vicarage Road.

The report claims Solskjaer chose not to address the squad after the game, but no senior player decided to voice their emotions either after the full-time whistle.

If these reports are to be believed, perhaps this shows the lack of leaders within the squad with no player willing to stand up and tell his teammates how inexcusable the performance was.

Solskjaer, who was said to be despondent at the final whistle, will have to regroup his players for the Boxing Day clash against Newcastle at Old Trafford.