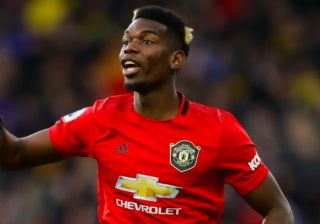 The fixtures come round thick and fast at this time of year and the traditional Boxing Day game sees the Reds come up against Steve Bruce’s Newcastle United at Old Trafford.

Newcastle currently sit on the same number of points as Ole Gunnar Solskjaer’s side; each have 25 after 18 games.

United need to get back to winning ways after the abysmal showing in the defeat to Watford at Vicarage Road, but Newcastle will be confident after already turning the Reds over at St James’ Park this season.

There is still no sign that Solskjaer’s side can break down organised and stubborn defences and Bruce will undoubtedly have his team set up in a similar fashion to one that beat United 1-0 in October.

However, the one positive that Solskjaer can take from the Watford defeat is the return of Paul Pogba. The Frenchman was United’s best player, despite only playing for 26 minutes from the bench.

Despite not featuring since September 30, Pogba looked sharp and is ready to start against Newcastle on Boxing day. Jesse Lingard was poor against Watford and we think Pogba could replace him in the number 10 position, providing much more of an attacking threat.

The onus will be on United to create chances and Pogba has the ingenuity and quality to feed the likes of Anthony Martial and Marcus Rashford.

We expect him to start alongside Scott McTominay and Fred in a midfield three, despite the pair both being below par on Sunday.

Solskjaer has to make changes as the same personnel that played against Watford don’t all deserve to be rewarded with starts against Newcastle.

The United boss may opt for Mason Greenwood ahead of Daniel James on the right-flank, and Brandon Williams instead of Luke Shaw at left-back.