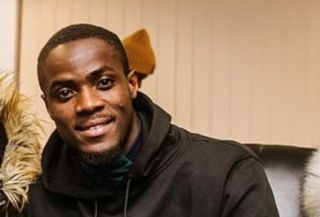 Premier League duo Eric Bailly and Kevin De Bruyne have made a classy gesture this Christmas by handing out trainers to underprivileged kids in Manchester.

The pair worked with Roc Nation Sports International’s Kicks for Kids scheme to hand out presents to children in Manchester ahead of Christmas.

Manchester United defender Bailly paid tribute to the local community in Manchester as he gave out gifts at the Children’s Society (via Daily Mail): ‘Manchester holds a special place in anyone’s heart who has played at a club like United.

‘I’ve had a difficult eight months and the community has really pulled me through it. This was my opportunity to say thank you and I loved every minute of it.’

Eric Bailly brought some shoes to give to refugee kids at The Children’s Society.

The Ivorian has gone through a challenging few months after picking up a nasty knee injury against Tottenham during the pre-season tour.

Now back training with United, Bailly will hope for a better year in 2020 though his contract at the club is set to expire in the summer.

Although Ole Gunnar Solskjaer spent significantly on improving his defence last summer, signing Aaron Wan-Bissaka and Harry Maguire, he may have to call upon Bailly again if Victor Lindelof and the former Leicester City centre-back don’t improve as a duo.

He will be fighting for a place in the team with Axel Tuanzebe. Both defenders are quicker than Lindelof and could potentially be better partners for Maguire.

‘The staff do a fantastic job and we are grateful to have the opportunity to meet patients and families as part of the Kicks for Kids campaign.’