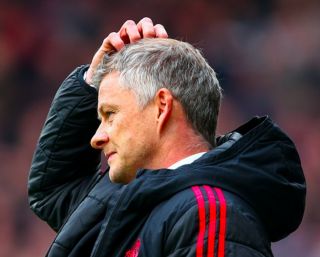 Manchester United have had some awful results this season under Ole Gunnar Solskjaer, but this defeat eclipses them all.

Solskjaer’s men came to Vicarage Road to face a Watford side rock bottom of the league, but were outplayed for large parts of the game and were deservedly beaten.

Once again we saw United’s pitfall against a team lower in the league table. Zero creativity. No assertion of dominance. A complete lack of control.

It’s not like we’re unfamiliar with performances like the one we saw today, either. Games against Newcastle, West Ham and Bournemouth have all passed United by in a similar fashion.

The Reds mustered 17 shots against the Hornets this afternoon, but other than Jesse Lingard’s golden opportunity that he was so wasteful with, when did Solskjaer’s side cut the worst defence in the league open before it was too late?

Not until the welcome arrival of Paul Pogba did United have an ounce of creativity on the pitch. The Frenchman offered more in under 30 minutes than any other player in a red shirt this afternoon. Passes to Marcus Rashford and Mason Greenwood were world class, but by then the damage had been done.

Whats worrying about United under Solskjaer is nothing seems to be changing against the weaker teams either. While we understand it’s a huge rebuilding job and the personnel the Norwegian has to work with is not yet of the quality it should be, there should at least be some progression in the pattern of play against lesser opposition.

It’s almost as if United’s performances match the level of opposition they are playing.  Excellent performances come against excellent teams and hopeless ones against teams they should be putting away with ease.

With the performances today, you have to wonder what is being done in training during the week as there was such a distinct lack of movement and the quality of passing at times was beyond poor.

Solskjaer’s men have again missed the opportunity to close the gap on the top four and until the salient issue of creativity is addressed, very little is going to change.