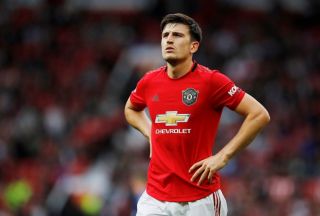 Three points dropped away to Watford, but we can’t even argue that Manchester United deserved to win.

There can be no excuses made for that performance. Not at all. Every Man Utd player should be aware that they’re in a dog fight for the Champions League places, yet they still approach games against lesser opposition like it’s going to be a walk in the park.

The truth is these lesser teams know United are vulnerable and they fancy their chances against us. Ole Gunnar Solskjaer must find a way to change that quickly or he’ll be without a job.

Harry Maguire spoke to Sky Sports (quotes via Manchester Evening News) after the match, saying, “We were sloppy and gave the ball away numerous times, especially in the first half. I felt in the first half the game was there to be won. We should have scored in the first half. We have to do better against these so-called lower opposition sides who have a deep blow.

“It was little sloppy errors on the ball. We had. Control of the first half, they didn’t really threaten but we didn’t keep the ball with high enough tempo. We’d end up giving it away and they would counter. We’ve got to do better.”

Maguire is right but are the coaches and Solskjaer doing anything in training to fix this?

The problems root deeper than losing the ball and committing sloppy errors. We go into these games with the wrong mentality, expecting three points, and what’s worse is we continue to do it despite the array of terrible results suffered this season.

One step forward, two steps back — that’s been the case since we beat Tottenham and Man City in the space of a week.

Solskjaer has spent lots of money on his defence yet we’re still shipping avoidable goals on a regular basis.