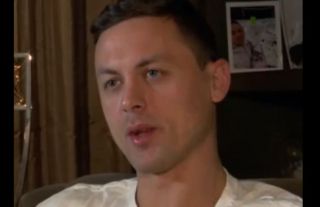 Nemanja Matic gave an intriguing response to a bold question about a potential transfer to Tottenham.

The Serbia International has been little to no use for Manchester United this season. Well past his best and now struggling with injuries, a move away from Old Trafford could be on the cards for Matic.

Forbes recently claimed the Man Utd midfielder could reunite with former manager José Mourinho at Spurs, and he’s now addressed these rumours by adding some fuel to the fire.

Matic followed Mourinho from Chelsea to United so these reports were bound to surface when the Portuguese landed the Spurs job, but surely he knows that the midfielder isn’t what he used to be.

Perhaps Marouane Fellaini would be a better signing…

He doesn’t give a lot away, but he certainly didn’t rule out making the move to north London.

🗣 “If Jose Mourinho called you, would you be interested in going to @SpursOfficial?”

👀 “In the future, we will see what happens.” pic.twitter.com/q1a1PaFUe7

We wouldn’t lose any sleep if Matic made the move to Spurs.

This season Scott McTominay has come in and took complete control of Matic’s role in the team.

If Spurs genuinely want him and United can make a swap deal happen with Christian Eriksen coming the other way, why the hell not?