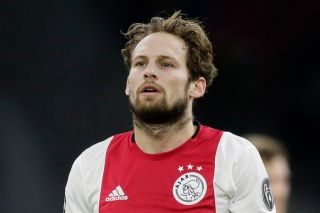 Ajax star Daley Blind has posted a video message to fans via Twitter after being diagnosed with a heart condition.

According to BBC Sport, the Netherlands international received this diagnosis after suffering dizziness in a recent Champions League tie with Valencia. He then missed two games.

The report goes on to explain that Blind, formerly of Manchester United, has been diagnosed with ‘heart muscle inflammation’, ruling him out of action until January.

It’s not a long time to spend out but Blind will need to take care of himself. Heart conditions are not something people can afford to mistreat.

Out of all the players that left under José Mourinho, Blind is certainly one we could see having a greater role in the team under Ole Gunnar Solskjaer, but he’s since gone on to reach a Champions League semi-final with Ajax.

He’s not complaining about his return to the Eredivisie side. 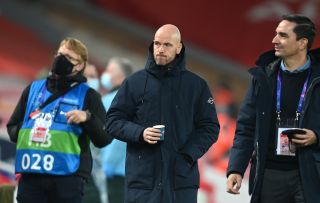 But seriously, a huge credit to Blind for taking time to post the below video on Twitter to show that he’s feeling good and that he appreciates all the messages of support he’s received.

Everyone here at Stretty News wishes Blind all the best in his recovery.