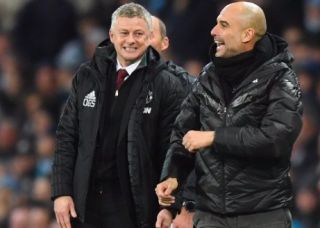 Manchester United have been drawn against Manchester City in the Carabao Cup semi-finals after a 3-0 victory over Colchester at Old Trafford this evening.

Quick fire goals from Marcus Rashford, Anthony Martial, and an own goal saw the Reds through to the last four after a disappointing first-half performance.

Rashford’s strike finally broke the deadlock for United, who had a strong team out against League 2 opposition.

The 22-year-old has already reached his best goalscoring tally for a season, netting 14 times this campaign before the new year.

Ole Gunnar Solskjaer was delighted his side reached the final four, in what is realistically the best chance of claiming silverware in his first full season as manager.

Looking to scupper those plans will be Pep Guardiola’s City, who will have a point to prove after United defeated them on the counter-attack in the league at the Etihad.

Providing his immediate reaction to the draw, Solskjaer said that his side will have to up their game again for the semi-final clash, which will be played over two legs.

Solskjaer in good form. On drawing City, says he's looked at Etihad match. "We're pleased with the result but we've got to stamp our authority more. I don't think you beat City twice with the same tactics. We'll have to do better. Pep will have them fired up." #mufc #mcfc