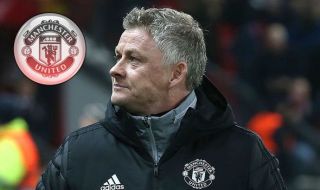 Ole Gunnar Solskjaer has warned his Manchester United players against complacency ahead of their meeting with Colchester United in the quarter-finals of the Carabao Cup.

“When you put that Manchester United shirt on, complacency should not be in your head,” Solskjaer told MUTV. “And when there is a semi-final and a potential final there at stake, of course you have got to go out there and start brightly, start quickly, get your goals and then hopefully get through.”

Man Utd had to rely on penalties beat Rochdale in the earlier rounds. That alone was a warning to the players about complacency.

Solskjaer is likely to field a side mixed with fringe players and youth for tonight’s game. There are young players in the squad who haven’t impressed like others and they really need to start taking their opportunities. Thpse players include Tahith Chong and Angel Gomes.

But there are more experienced players who are letting the team down as well.

The Norwegian tactician has progressed from all four of his League Cup ties as a manager — two with Cardiff City in 2014/15 and two with the Red Devils this season.

He should be confident tonight with his side facing Colchester from League Two.