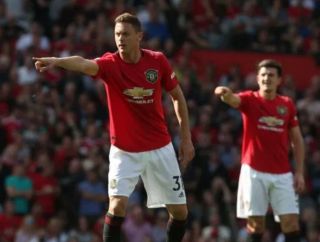 Inter Milian are reportedly weighing up their midfield options and are willing to sign Nemanja Matic from Manchester United.

The Serb has fallen down the pecking order under Ole Gunnar Solskjaer this season, making just six appearances in all competitions to date. An injury kept him out of action for some time and he’s only returned, though it doesn’t seem like Matic is part of the manager’s plans for the future.

According to the Telegraph, Inter are looking for additions to strengthen their midfield and Matic is among the players they could make a move for along with Barcelona’s Croatian ace Ivan Rakitic.

Matic, 31, is past his best and like the Italian giants, United should be looking for better midfield players when the transfer market reopens in January.

The former Benfica and Chelsea star is likely to feature in tonight’s Carabao Cup quarter-final clash against Colchester United, but is unlikely to get minutes in the league if he stays beyond next month’s transfer window.

Matic previously played under Antonio Conte at Stamford Bridge so Inter could be a suitable destination but it’s not certain if he’d get regular football at the San Siro either.