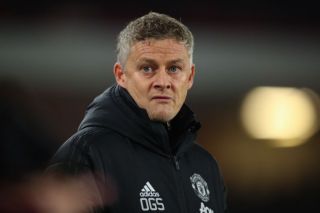 The former has been in impressive form for Inter Milan this season, often playing alongside former Man Utd striker Romelu Lukaku, scoring 13 goals and registering three assists in 21 appearances.

And, judging on reports elsewhere, United will have competition for Martinez’s signature if they wish to pursue their alleged interest in the 22-year-old with Goal.com claiming Barcelona are also in the race.

Paredes hasn’t played a lot of football for Paris Saint-Germain this season — featuring in just 12 matches for the Ligue 1 champions.

These two players may be suitable additions to the Manchester United squad, but they won’t come easy and are likely to cost a combined £120m.

That’s according to The Mirror, who add that Solskjaer is eager to sign the two Argentine internationals.

Their respected clubs won’t be eager about letting them leave — especially Martinez, who is already considered one of the best strikers in Serie A.

Paredes is currently seen as backup in the PSG squad.