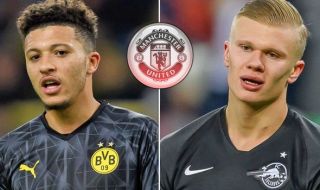 The fans have their wish lists which are normally a mix of dream moves like a Cristiano Ronaldo return to the next big player like Joao Felix. Both which of course never happened, like most of the rumours put out there. Manchester United have the money to get the players they need to succeed. A power in world football. For players making the move to Old Trafford it is a dream move. The pinnacle of world football…

Well Harry Maguire, Daniel James and Aaron Wan-Bissaka seemed to think so in the summer. And with those players another £145 million is added to the total since Alex Ferguson left his post and now adds up to over £800millon. Obviously no titles have appeared in the last six years. But the root cause is because there has been no player bought in the last five seasons that has turned into a club legend.

Recruitment has been poorly executed and with little calculation. The last five seasons of Ferguson’s reign had two players who would make a real impact at the club, Robin Van Persie and David de Gea. Van Persie’s impact was instant and a huge reason why United won the last of their Premier League titles in his first season. 30 goals in 48 games made him an instant legend. De Gea while also winning that title has strangely become a legend with the club by the performances in the years that followed that success. Without his out of this world performances United fans would dread to see how finishing places of 7th, 4th, 5th, 6th, 2nd and 6th could have turned out. Albeit the second-half of last season the pressure of holding the team together was taking its toll.
The five years previous to those two signings saw a host of well calculated arrivals: Tevez, Carrick, Evra, Vidic and Ronaldo. Tevez had an immediate impact while the others grew into their roles and cemented themselves in United history.

Manchester United’s failings in the last five years has no doubt been surrounded by panic buys and those uncalculated purchases. Fellaini was a panic buy at the end of a disastrous and disgraceful summer window for David Moyes. A time the club should have and needed to support the new boss with quality signings to make sure of a successful transition after Alex Ferguson. The following January, Juan Mata — who wasn’t a bad signing at all — just wasn’t what was needed at the time.

Blind, Rojo, Shaw, Romero, Lindelöf and Martial have been decent squad players without ever doing enough for fans to demand their name being the first on the team sheet. Disappointing signings included £59.7 million Angel Di Maria, who was the wrong player to play in a Van Gaal team, who would build slowly and probe around the opposition box. Di Maria is all about counter attacks and was doomed the minute he signed. An example of the shabby and lazy recruitment process adopted by the club. As for the Bastian Schweinsteiger, someone should have been shot at dawn for signing that one-off! Without going through every signing only Herrera, whose quality and endeavour was underused, and Zlatan Ibrahimovic stood above the rest. If Zlatan had a few more years in his legs he may very well have legendary status at the club. His qualities were there for all to see. A good signing.

United’s problem now is that over the last five years the club averages a 5th place finish. That is unacceptable! If that happened at Real Madrid there would be serious questions asked. Actually it wouldn’t happen. Even in years when they failed to win league titles they qualified for the Champions League. And they challenged and won Europe’s top competition while continuing to attract the best players in the world. Manchester United’s stock has dropped. The club has lost its attractiveness. Top players are looking to other clubs who challenge for titles, the Liverpool’s, the Man City’s, the PSG’s, the Barcelona’s the Real Madrids and the Bayern Munich’s of the world. A perfect example is Matthijs De Ligt signing for Juventus even though United were well capable of signing such a player and needed one of his quality. The pool of players United can search in is shrinking. Other clubs are aware of their desperation to make the top four in the Premier League and take full advantage of their financial strength in transfer negotiations… as is their right. United have to look at players with potential now. Players from so-called smaller clubs in the UK and worldwide. And hope they don’t have to go head-to-head with some of the current successful clubs for that players signature.

So who do they go for? January is a tough month to get players as it is. James Maddison is on the radar but there’s not a hope in hell Brendan Rodgers will let one of his main players leave with his club in a fantastic position to get Champions League football. Jack Grealish is another name doing the rounds. I’m not convinced yet, he has a bit to prove still. If Paul Pogba see’s out the rest of the season than those type of players are not needed. Pogba should be played in behind the striker. His best position.

Mandzukic has been rumoured for the last three months with a move to Old Trafford. I’m baffled by this one, it’s the smell of desperation raising its ugly head again. He had his time, he best is long gone and even then he would never have been considered a Manchester United player. Jadon Sancho is also on the list seemingly. But do United need another winger? He has shown his qualities but the price would be high and Dortmund letting him go in January is hard to see. United need to strengthen their spine of the team. Quality in centre back and central midfield while also needing a centre forward. Erling Haaland is one of those players that has potential. And at the price that’s been touted he is a sensible option to target. A comfortable and inconsistent Martial needs strong competition. Saul Niguez is an interesting one. He is the right age (25) with the mixture of youth and experience and has a great engine. Defensively sound and technically very good. But a big club will demand a big fee and is Manchester United somewhere that attracts him? Declan Rice has gone from potential target to forgotten man ever since Roy Keane took his reputation down a peg or two. Keane didn’t attack him or rubbish his claims to developing into a quality footballer, he merely noted that he was not the finished article or anywhere near it. He is right. And I think now is the right moment to strike and recruit him. The fan fair around him has died down and so has his valuation. Rice is currently playing defensive midfield but is a far better centre back. He reads the game really well, can play ball, is left footed so would give balance to a centre back pairing and he knows how to put himself about. The fact he plays in midfield too is an added bonus if ever needed.

Any player the club go for must be for the right reasons. If they try to splash the cash at so-called big players because their bargaining power is low then they will only attract the players that come to the club for the wrong reasons like Alexis Sanchez. It doesn’t end well. Manchester United need to know their limits now, fish from the right pond and be precise with their dealings or they could face a long stint looking up the table at the others.