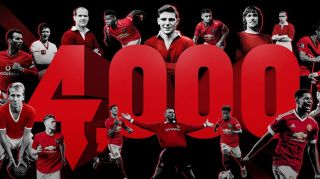 Today marks the 4000th consecutive United game where a homegrown academy player has been involved in the first team matchday squad.

There are no real surprises in Solskjaer’s XI to face Everton.

David de Gea reclaims his place between the posts, while Aaron Wan-Bissaka, Harry Maguire, Victor Lindelof and Luke Shaw make up the rest of the defence.

In midfield, Scott McTominay is partnered by Fred with Jesse Lingard expected to pull the strings and create opportunities for the attacking players.

That leaves us with Daniel James on the right, Anthony Martial occupying the central role up front and Marcus Rashford coming in from the left.

See the full line-up below, as per @ManUtd: